During the month of December, our country was mentioned in several foreign media outlets as a place to visit. 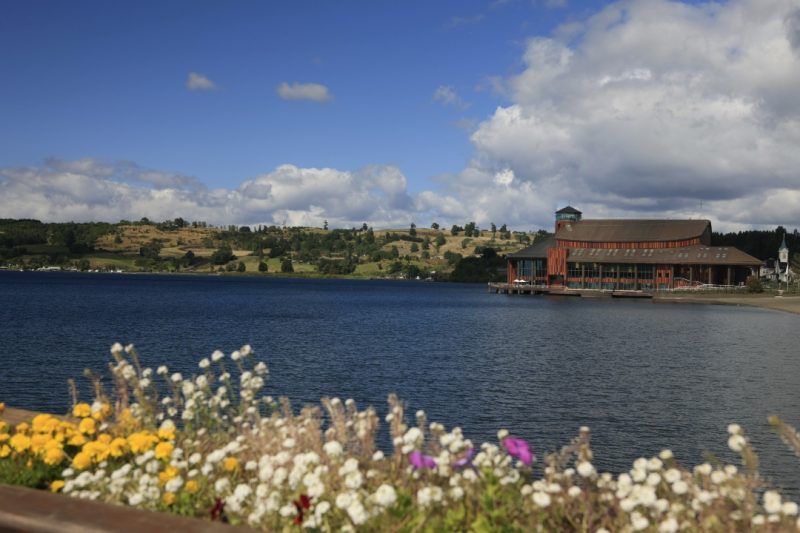 Several national and international media outlets constantly mention Chile as a tourist destination that deserves to be visited. During December, there were important articles highlighting the north, center and south of the country, mentioning its geography, attractions, people and all the activities that can be done in this country that was selected as Leading Destination in Latin America 2020.

Some articles feature Chile as the “natural gym of the world”, as in John Douglas-Hamilton’s adventure, a Scot that became the first man to row across the Drake Passage to reach Antarctica.

The country’s skies are also ideal for astrotourism. In that sense, the total eclipse of the sun that was seen on December 14 in the Region of La Araucanía was a topic that was repeatedly mentioned in Spain, the United Kingdom, and Paraguay, highlighting the districts of Villarrica and Pucón where people gathered to admire this natural phenomenon.

Enotourism is another mentioned attraction. During December, the Argentinean media talked about the longest wine route in the world, promoted by Chile and Argentina, which is a 1,300-kilometer route that crosses the Region of Coquimbo. And articles from the United States say that Chile’s wine region, located between the Pacific Ocean and the Andes, has a landscape of vineyards worthy of capturing.

The Telegraph highlights the beauty of the Los Lagos Region, talks about the Mapuche culture and why this area of Chile is “perfect for those who want to slow down and not get into the adrenaline rush of the Torres del Paine or San Pedro de Atacama”. Los Lagos was the topic of another UK newspaper, The Independent, that calls the Region the “middle child” between Atacama and Torres del Paine: “after seeing the harshness of the extremes, the postcard landscapes of Los Lagos, a green Region, is pleasing to the eye. There are snow-capped volcanoes, amazing blue lakes, and surprisingly enough, even one or two German cities”. The same newspaper highlights Chile’s monumental landscapes, its avant-garde cities, and elegant retreats as the most diverse country in South America that is rapidly eclipsing its neighbors.

Moving south, Nob Hill Gazette says that the “Patagonia attracts adventurers from all over the world with its turquoise waters, glaciers, and fascinating granite horns (…) Endless days of wonder here mean breathtaking strolls with an occasional massage or a cool dip to recharge the body. And Travel Awaits explains the four reasons to go to Patagonia: “There are only a few places on earth where the word wonder is appropriate to describe the literal experience one may have. Chile and Argentina’s Patagonia are one such place. A living landscape painting yielding natural wonders such as coastal fjords with dazzling views of icebergs biding their time, glacial lakes and forests, the grandeur of soaring, snow-capped mountain peaks and, of course, penguins”. 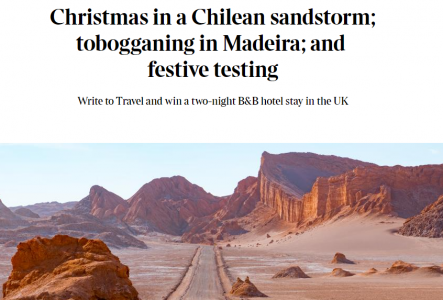 Going north, Atacama is pointed out by Brazil as the first great destination for Brazilian motorcyclists. But the Atacama Desert is not only adventure tourism, it has also been the scene of several travel stories such as the one highlighted by The Times in its letters and comments section: “I recall the time I was briefly left behind on Christmas Day during a sandstorm in the middle of the Atacama Desert in Chile. With my friends we had planned to end our tour of South America by camping and gazing at the stars, but our car broke down. Fortunately, some locals got our car running again and we enjoyed a Christmas full of food, wine, songs and great company,” says this tourist. In the same section, another person remembered Chile thanks to the Christmas story in the desert and said that “the landscape is really impressive and the contrast between the north and the south is vast. We liked Santiago (…) we were able to see most of the main areas of interest, surrounded by high mountains. We will most certainly come back”. 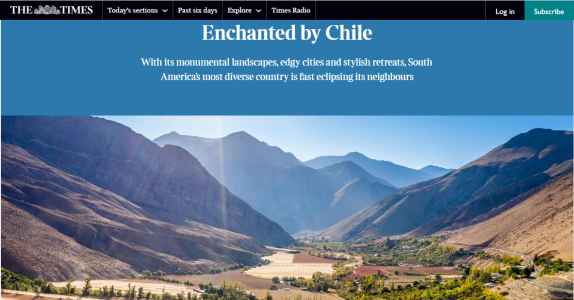 Additionally, from Argentina they highlight the Chilean project to transform the Pehuenche Pass into a tourist sector as a mountain route based on snow sports and recreational activities accessible to the El Maule inhabitants and national and foreign tourists.

In the international press, Chile has been described as “one of the most geographically diverse countries in the world.” From high steppe-like grasslands below ice-covered mountains to rain forests, from the world’s third largest desert to perennial forests and glaciers, Chile leaves much to be explored.