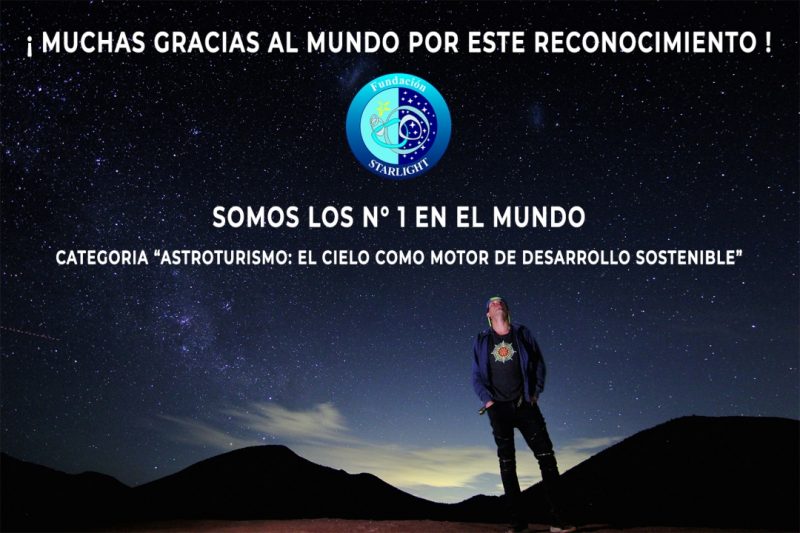 Once again, our country is recognized by an international organization.  We are very proud that the International Starlight Awards -known as the Oscars in the defense of night skies- recognized the work of AstroFotografíaChile, a production company and agency that seeks for the best night skies in the country to develop archaeological, astronomical, scientific, and cultural tourism -who stood out in the “Astroturism: the sky as an engine of sustainable development” category-, astrotourism and business development linked to the protection of night skies.

The winners’ message is to protect Chile’s night skies as a world heritage site because they know “that we have one of the best sites in the world for astronomical observation and to develop astrotourism as an emerging industry and become the most important astrotourism destination leading the world category”, they state in their website. 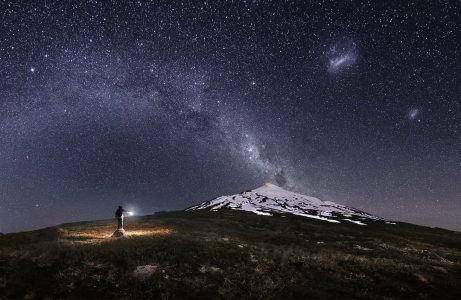 For the second year in a row the Starlight Foundation, created by the Canary Islands Institute of Astrophysics (Instituto de Astrofísica de Canarias in Spanish), awards associations, institutions, public or private companies, and individuals in four categories based on the Declaration in Defense of the Night Sky and the Right to Starlight, where they declare that “a view of the starlight has been and is an inspiration for all humankind, that its observation has represented an essential element in the development of all cultures and civilizations, and that throughout history, the contemplation of the firmament has sustained many of the scientific and technical developments that define progress.”

The objective of the awards is “to make these actions visible and promote them as an example to be followed by the rest of the world,” says the Starlight Foundation.  The awards were given in four categories: 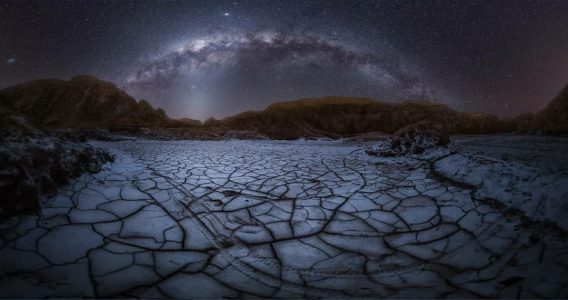 Francisco Núñez, Director of AstroFotografíaChile, told us that this recognition is “the crowning of a long time making visible the work of many astrophotographers and people dedicated to promoting astronomy and protecting the skies.  Thanks to this effort, we can reach many people and reenchant them with the skies, being able to educate and create awareness”.

This award helps them show potential projects that can be created based on the skies.  “Chile is the eyes of the world and we have a very big development path with our skies and that our project was noticed is super important because it positions us at a global level,” he said.

In that sense, Francisco recalls that his master line is to show and boost the skies to create a visual impact on people and thus enchant them with the Chilean night skies.  “We are working on documentaries and videos on light pollution and how it affects astrotourism in different cities and how it can be disseminated so that it is no longer done.  The potential that these night sky images have and that we can enjoy is that we have to protect it starting with light pollution and from that point we arrive to night sky watching, but we can’t go from observation and then move on to pollution,” he said. 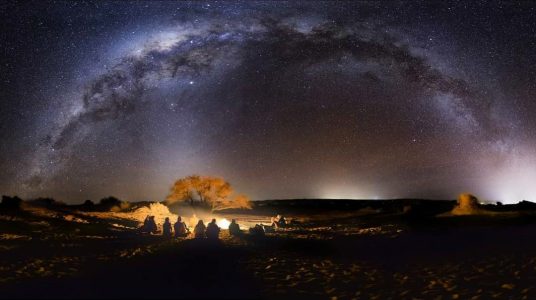 On June 3, 4, and 5, 2021, the Starlight 2020 Awards will be delivered at the First International Conference on Astrotourism by Starlight to be held in Evora, Portugal.

Astrofotografía Chile has several future projects among which we find the 100% Solar Eclipse Chile-Antarctica 2021, 100% Solar Eclipse Colombia-Tatacoa Desert 2023, the transformation of Chile into the most relevant Astrotourism destination in the world, the development of the first collaborative book on the Chilean Night Skies, the creation of a national registry of the Night Skies in all of its regions promoting them as Astrotourism destinations, the protection of the Chilean Night Skies as  World Heritage Sites, the opening of new Astrotourism trails in Chile, and bringing Astronomy and Astrotourism as an education tool to schools.

We congratulate Astrofotografía Chile for their well-deserved award and for the great work they do with our skies. 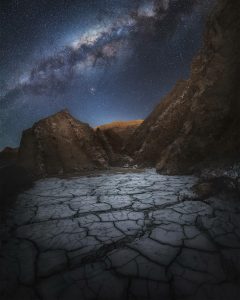 Awards
Chile nominated to 21 categories of the “Oscars...

The “World Travel Awards 2021” (WTA), internationally known as the "Oscars of Tourism", launched their global voting and our country was 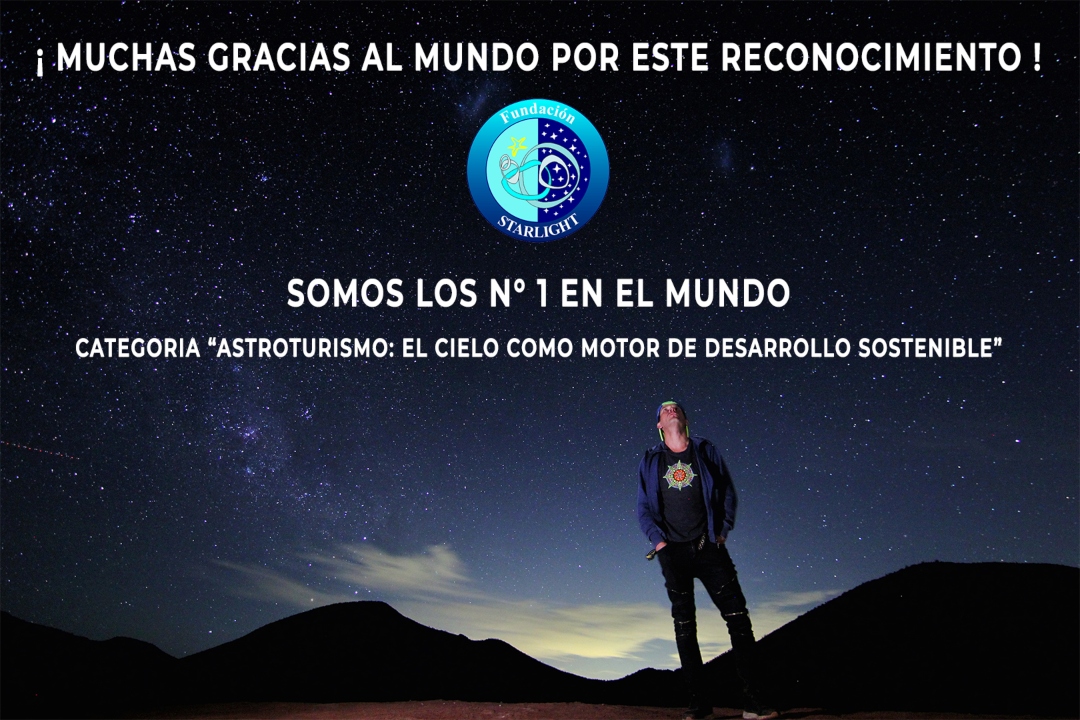 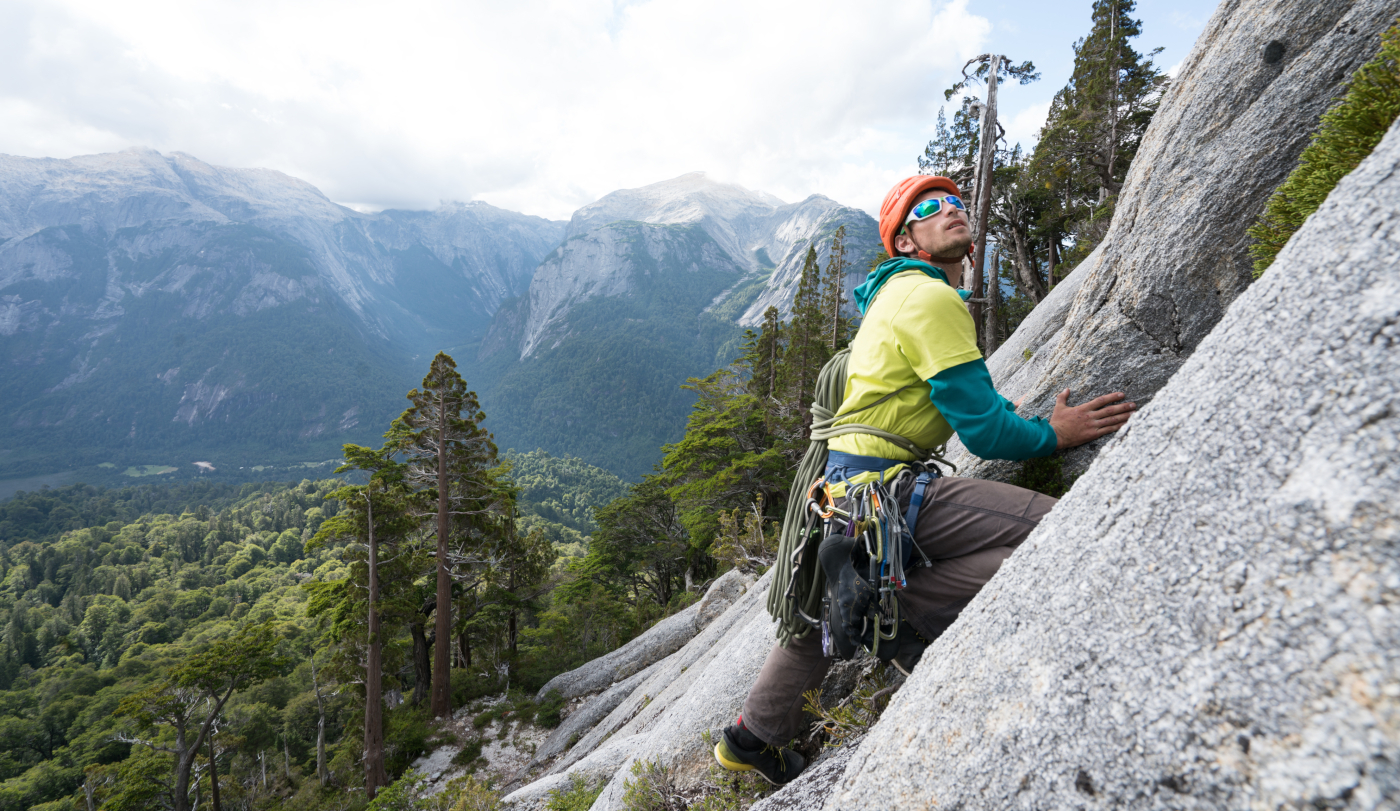 Awards
Chile is crowned as the world’s Leading Adventure...

Our country once again was leader in the World Travel Awards, also taking the title of the planet’s Best Green Destination in the so-calle