The 27th version of the World Travel Awards, South America version, highlighted Chile for the sixth consecutive year as Leading Adventure Destination and added the titles: Leading Nature Destination, Leading Festival and Event Destination, and appointed the Atacama Desert as the Most Romantic Destination. 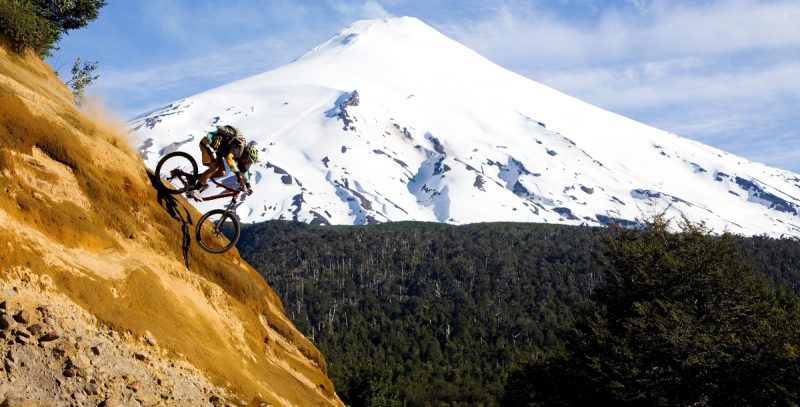 Chile once again confirms its position as leader in tourism at international level, obtaining first place in five categories in the 27th version of the World Travel Awards, among which the title of Leading Adventure Tourism Destination stands out for the sixth consecutive year and, for the first time, Leading Destination 2020.

A popular voting event to reward the continent’s best destinations, experiences and tourist services. This year, the results were delivered virtually, leaving Chile once again at the top by adding to the two previous awards the titles of Leading Nature Destination -for the second year in a row- and Leading Festival and Event Destination -city of Santiago.

Finally, the fifth distinction was for the Atacama Desert which is located in the northern regions of our country, taking the Leading Romantic Destination in South America award. This is the third time in a row that this category is awarded leaving behind such iconic destinations of the region like Buenos Aires, Cartagena de Indias, and Rio de Janeiro.

“This is a recognition of the great work that for years has been done by all the people who give life to national tourism, especially the small companies that make up the vast majority of this sector. I congratulate them through with their commitment and passion for tourism they have transformed a destination into an international category experience. As a government, our commitment is to continue positioning Chile as a reference in post-pandemic tourism, thanks to its unparalleled natural attractions, which we are sure will be a decisive factor when choosing a tourist destination,” said the Undersecretary of Tourism, José Luis Uriarte, about the award.

The national director of Sernatur, Andrea Wolleter, said that “despite the pandemic context that we are currently experiencing that prevents travelling, we continue to be in the mind of tourists. They voted for Chile because they know our territory and its tourist potential. We are working hard so that soon we can reactivate this sector and welcome them again to showcase these awards.”

It is important to note that by obtaining these five categories, Chile automatically enters the world version of the World Travel Awards, a competition for which the Undersecretary of Tourism and Sernatur led the virtual campaign #VotaPorChile (#VoteForChile). The results of the ‘Oscars of Tourism’ will be announced during the next weeks.

Tourist experiences for all tastes

Chile, throughout its territory, has a great variety of destinations and experiences that year after year captivate millions of tourists from all over the world. These are natural advantages that position our country as a South American leader in the World Travel Awards that we hope will be the channels to successfully resume travel and tourism activities once health protocols allow it. 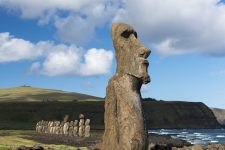 Publicado 22 November 2021
Rapa Nui is back, reopening its doors for tourism…
Tourism Industry

Tourists planning to visit the island must obey strict safety protocols, including completing a vaccination program, validating their mobility pass, and presenting a negative PCR, taken no more than 48 hours before boarding the flight to Rapa Nui.

The government announced this month that the Chacalluta, Colchane and Pino Hachado land border crossings open on December 1st. The borders of Los Libertadores, Cardenal Samoré and Río Don Guillermo will open a month later. Also, all persons with a booster dose validated by the Ministry of Health will be exempt from a PCR test upon entry to Chile. 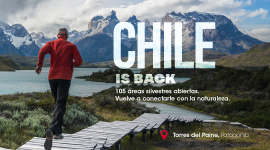 New regulation changes were recently announced by the Ministry of Health which will come into effect as from November 1st.

The event was held virtually on July 1st and is now available for viewing in its entirety on the YouTube platform.