An important recognition by TIME magazine and the start of the ski season are some of the topics that were highlighted in different media around the world. 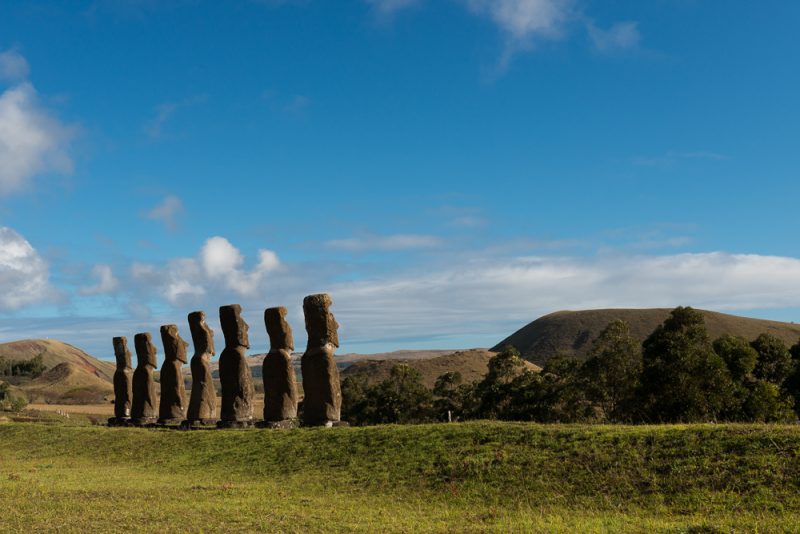 The Andes Mountain Range, Chilean Patagonia, and Rapa Nui Island were the main Chilean destinations highlighted in the international press during July 2022. The start of the ski season, the reopening of the island to tourism, and journeys to the end of the world were part of the news that traveled the world.

Rapa Nui among the best

Upon its reopening to tourism, Rapa Nui Island was chosen as one of the 50 Best Places in the World 2022 by TIME magazine.

Regarding the reopening, the magazine indicated that “tourism will slowly resume; some of the first to see the Rapa Nui sculptures will be passengers aboard Silversea’s Silver Explorer and Silver Whisper, which stop at Rapa Nui in November and December on cruises between Chile and the South Pacific”.

But Time was not the only post in the international press that recognized Rapa Nui during July 2022. The Travel made its own ranking, this time focusing on the hotel industry, stating that the island “despite its small size, has grown to become a top tourist destination“. Meanwhile, from Germany, Stuttgarter Nachrichten recalled that the island will receive its first commercial flight on August 4th.

In July 2022, Chilean Patagonia made headlines in the international press, a Chilean destination that stood out for its ecosystem. The Washington Post from the United States dedicated a special article to the southern region, highlighting the importance of sustainable tourism as a way to help combat climate change.

Furthermore, in a road trip style around Chile, the Globo Repórter program -belonging to the Brazilian giant Globo- dedicated an exclusive article to the Austral Highway (Carretera Austral), narrating the experience of traveling more than 1,200 km (from Puerto Montt to Vila O’Higgins) over 10 days.

In Europe, meanwhile, French journalist Philippe Gougler told Europe1 about his experience touring different parts of Chile, which included a train trip in Constitución, learning about the Mapuche culture, moving around in the lifts of Valparaíso, and the attractions of Santiago, among others. 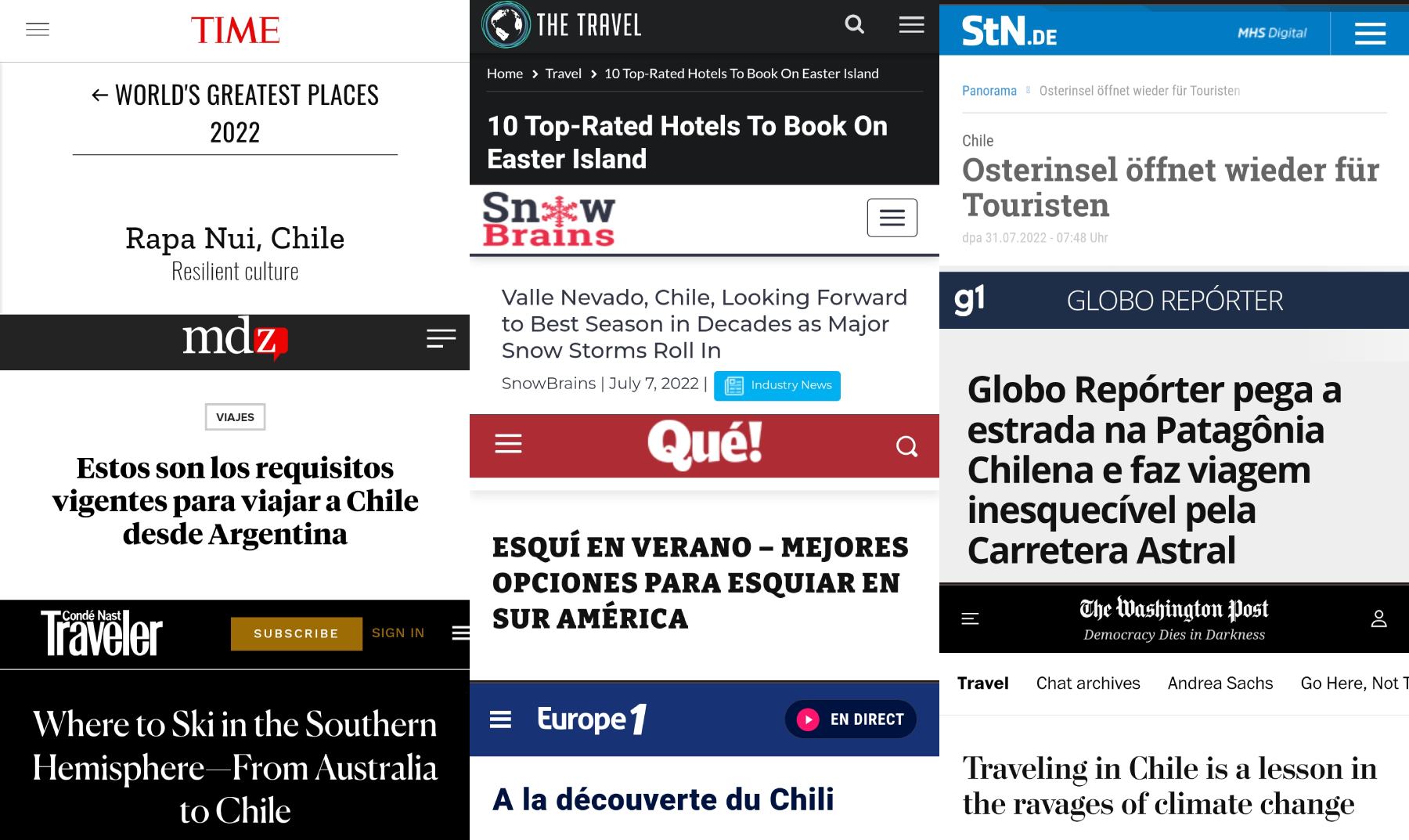 With the Andes Mountain Range as an unmissable destination for snow lovers, several ski resorts in Chile were highlighted in the international press during July 2022.

The media specialized in snow sports also highlighted Chilean slopes: the North American SnowBrains focused on Valle Nevado’s offer, while Latitud2000, from Argentina, indicated that “Chile’s Ski Centers stand out for their infrastructure and beauty“, characteristics also mentioned in the travel blog The Points Guy and in the Spanish media Qué!.

“Why it is convenient to travel today from Argentina to Chile to buy clothes and technology”, was the headline with which La Voz del Interior (a newspaper from the province of Córdoba belonging to the Clarín Group), called on the trans-Andean citizens to make the most of the offers in the shopping centers, mainly in Santiago.

For its part, MDZ Online recalled the changes in the entry requirements to Chile, information that was shared in several international press media during July 2022, including Expreso, Le Figaro, Travel2Latam, Travel Daily News and Routard.com.

Download here our press clipping with the main mentions of the month.