GOL will operate the inaugural flight of the new international route on Saturdays. There will be a premiere event at the Guararapes International Airport. In Santiago, events will promote the destination Pernambuco for trade and to the final public. 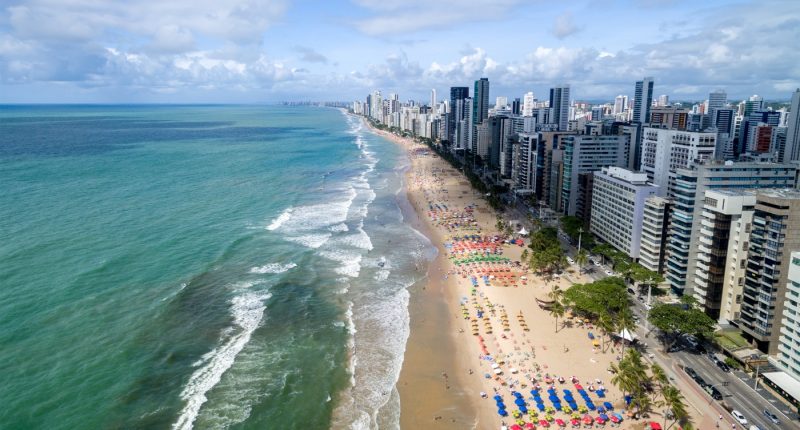 The first direct flight connecting a Northeastern capital to Santiago, in Chile, will begin operating as of this Saturday, July 6. GOL Linhas Aéreas will be offering this the new route weekly, departing from Recife on Saturdays, at 8:50 PM, and arriving at the Comodoro Arturo Merino Benítez Airport, in the Chilean capital, at approximately 2:20 AM. The returning flight leaves Chile at 2:35 PM, arriving in Pernambuco at 9:45 PM.

A delegation of 10 people will travel on the inaugural flight. This group will be composed of authorities of the Pernambuco Government as well as of Ipojuca’s tourist trade. Chief Secretary of the Government’s Special Counsel, Antônio Figueira, will represent Governor Paulo Câmara. Other group members include the secretary of Tourism and Recreation, Rodrigo Novaes; the Secretary of Tourism, Recreation and Sports of Recife, Ana Paula Vilaça; the prefect of Ipojuca, Célia Chaves, and the president of Porto de Galinhas Convention Bureau, Eduardo Tiburtius.

Departing Recife, there will be a quick welcoming ceremony with a decorative arch and ribbon-cutting at the entrance of the GOL aircraft, a Boeing 737-800 for these first passengers flying from the capital of Pernambuco directly to Santiago.

“Recife becomes tourism’s strongest northeastern capital in South America. Argentines are now 30% of foreign tourists in our State, and Chile, with its economic stability, has everything to consolidate itself as a direct destination and send many tourists to Pernambuco. We are very happy with this victory and will do a beautiful job in Santiago to promote all the attractions Pernambuco has to offer its visitors,” said the secretary.

The president of GOL, Paulo Kakinoff, highlights the collaboration with the State Government to offer this new service to the people of Pernambuco. “In addition to the bureaucratic procedures to make the flight viable, without the initiative of the government, this connection would have never happened. The State of Pernambuco, with so many tourist attractions and as a great representative of the world of business (which is very relevant), placed the international connection as a priority,” says the executive.

The State Government, through the Secretariat of Tourism and Recreation and EMPETUR, programmed a series of activities to mark the beginning of the new international frequency in the Chilean capital. The program aims to inform journalists, agents and tour operators and also Chileans of the Pernambuco destination.

On Tuesday, two moments start off the program. In the morning, a brunch with a press conference, where representatives from Pernambuco Tourism and GOL will be present, promises to gather Chile’s opinion leaders in Patio Bellavista to announce all the flight details and State attractions.

In the afternoon, in the Parque Arauco Mall, one of the largest shopping centers in the Chilean capital, the “Siente Pernambuco” (Feel Pernambuco) activity will be initiated (adaptation of the current Bora Pernambucar campaign). The intention is to allow Chileans to discover and live a few of the experiences that only Pernambuco offers, awakening the immediate desire to travel to the State. In the mall’s Plaza de Esculturas, an LED floor will exhibit images of the sea of ​​Porto de Galinhas. On other monitors, images of Recife, Olinda and Fernando de Noronha will highlight the beaches, gastronomy and culture of the State.

The public will also have the opportunity to taste the brolodeiro de pie de rolo and, to leave everyone in the State’s official rhythm, dancer Josy Caxiado, from the Pernambuco Cultural Ballet, will invite the public to dance and will give out frevo umbrellas. The “Siente Pernambuco” initiative will occupy the shopping center every day during the operating hours of the shopping center until July 14.

The outreach work will also include visits (blitzes) to tourism agencies and operators in the Chilean capital to deliver display totems, brochures and gifts to travel agents.

The new operation consolidates the importance of Pernambuco as a gateway for foreigners in the country. With a movement of 3,615 thousand passengers until May 2019, the Guararapes Gilberto Freyre International Airport receives the most tourists in the region.

There are visitors who come to the State in search of sun and sea, with an eye on the famous Porto de Galinhas Beach (Ipojuca) and on the Carneiros Beach (Tamandaré), as well as the Fernando de Noronha Archipelago. The cultural wealth of the capital, Recife, is a consolidated attraction, also mixing in the potential for business tourism.

Pernambuco also increasingly invests in promoting the routes that unveil the State’s interior, rich in culture, adventure, recreation and with the typical Northeastern cuisine. Cities such as Petrolina, Petrolândia, Caruaru, Triunfo, Garanhuns, Pesqueira and Gravatá are just some of those that have grown as important tourist destinations of Pernambuco.

The promoting initiative of Pernambuco in Chile also receives the support of the Brazilian Embassy in Chile, Prefecture of Recife, Porto de Galinhas Convention & Visitors Bureau and the Prefecture of Ipojuca.