In September, the national industry boosted the values that make our tourism a communal and circular activity. 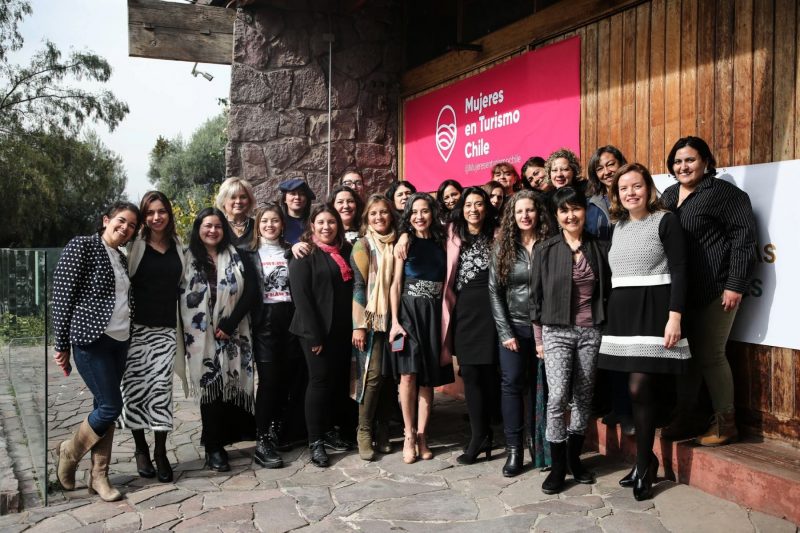 This 2022 Tourism Week highlighted four fundamental pillars for activity development in Chile: sustainability, inclusiveness, gender perspective and resilience. In September, the national industry did not lag behind, presenting different novelties to boost these values.

Women Who Change the World

The first award ceremony of Women in Tourism Who Change the World was held with a huge participation. This award is granted by the Mujeres en Turismo Chile (METCH) (Women in Tourism Chile) association.

The prizes were awared to prominent women from different parts of the country due to their contribution to the tourism industry from a gender perspective in 5 categories: Impact, Directive, Business, Professional and Spirit Woman. After an open process of online voting and social media, the winners were:

The meeting was held with the participation of the Undersecretary of Tourism, Verónica Kunze; the National Sernatur Director, Beatriz Román; the Seremi RM (Regional Ministerial Secretariats for Women) of the Ministry of Women and Gender Equity, Ana Martínez; the General Manager of the Regional Corporation of Santiago, Juan Pablo Casorzo, and the President of Mujeres en Turismo Chile, Bárbara Vallejos.

METCH has currently more than 70 members who work in tourism from different parts of Chile, promoting a more human, collaborative and sustainable industry with a gender perspective.

In the Week of Tourism organized by Sernatur, Pucón town hall launched the contest “Pucón Awards 2022”, an event that recognizes, among others, sustainable tourism start-ups.

Its purpose is to identify, publish and promote sustainable initiatives, in other words, having within its specific objectives the design and implementation of actions in favor of public-private work in destinations allowing for the spread of activities, businesses and start-ups in the area.

This year, the nominees are:

The voting ended on September 25th, and the awarding will be held on September 27th, World Tourism Day. The winner will receive an advertorial in a regional newspaper and a 60-second promotional video, which will be published on different social media.

Latam makes progress in getting rid of plastics

According to the airline, in the last year, the materials of all service elements have been changed in this kind of cabin. Cups, cutlery, and trays were replaced with sustainable materials, such as bamboo cutlery, reusable trays, and paper kraft packaging for certified sustainable paper cups.

These changes allowed them to get rid of 1,200 tons of single-use plastics, which is equal to cutting out 36,000 500 ml plastic bottles.

Inclusiveness in a restored Plaza Colombia in Viña

The plaza design took into account all the existing trees and created new circulations regarding the two entry points: the corner of Av Perú and Teniente Merino, to have a fluid flow of traffic.

The project is part of the tender for the Casino and the strategic line of the Municipio de Cuidados (Department of Care) who want to provide quality public spaces to the city, prioritizing security, inclusivity, and services. The opening of the renovated plaza was led by the Mayor of Viña del Mar, Macarena Ripamonti and the General Manager of Enjoy Region of Valparaíso, Gino Breschi, along with the Regional Senatur Director, Marcelo Vidal, and other authorities. 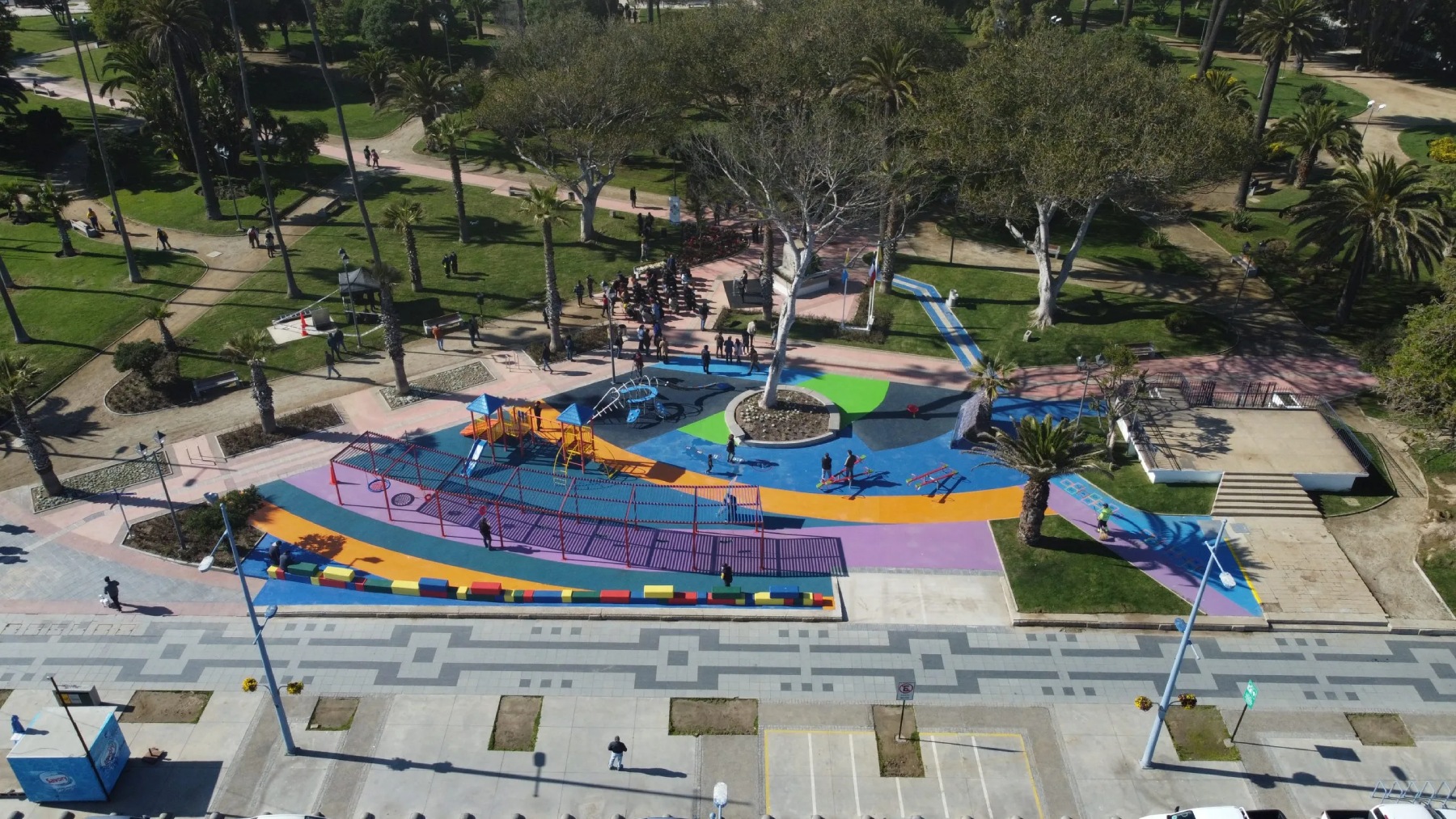 The AdventureNext Patagonia Chile 2022 was successfully held, a time that had its sustainable side. In the days before the event, the participants visited the Magallanes Region, on tours with a carbon neutral strategy.

Through the tour operator Chile Nativo (Native Chile), visitors were able to access four under the slogan “Reconnect, reactivate and regenerate”. This is through the traditional Magellanic culture and cuisine.

All these trips were made to minimize the environmental impact and carbon footprint, making it the first AdventureNext destination to use this methodology in an event held by the World Adventure Tourism Association.

Sustainable cocktails from Chile to the world

Organized by the Adventure Travel Trade Association (ATTA), the contest rewards creative, exciting, and inspiring audiovisual pieces about tourism experiences around the world.

The Chilean production tells the story of bartender Federico Gil and his original proposal for sustainable cocktails and organic craft beer served at Hotel Las Torres Pionero Bar, in the heart of the Torres del Paine National Park.

The short film will be at the Adventure Travel World Summit 2022, which will be held in Lugano, Switzerland, on October 5th. 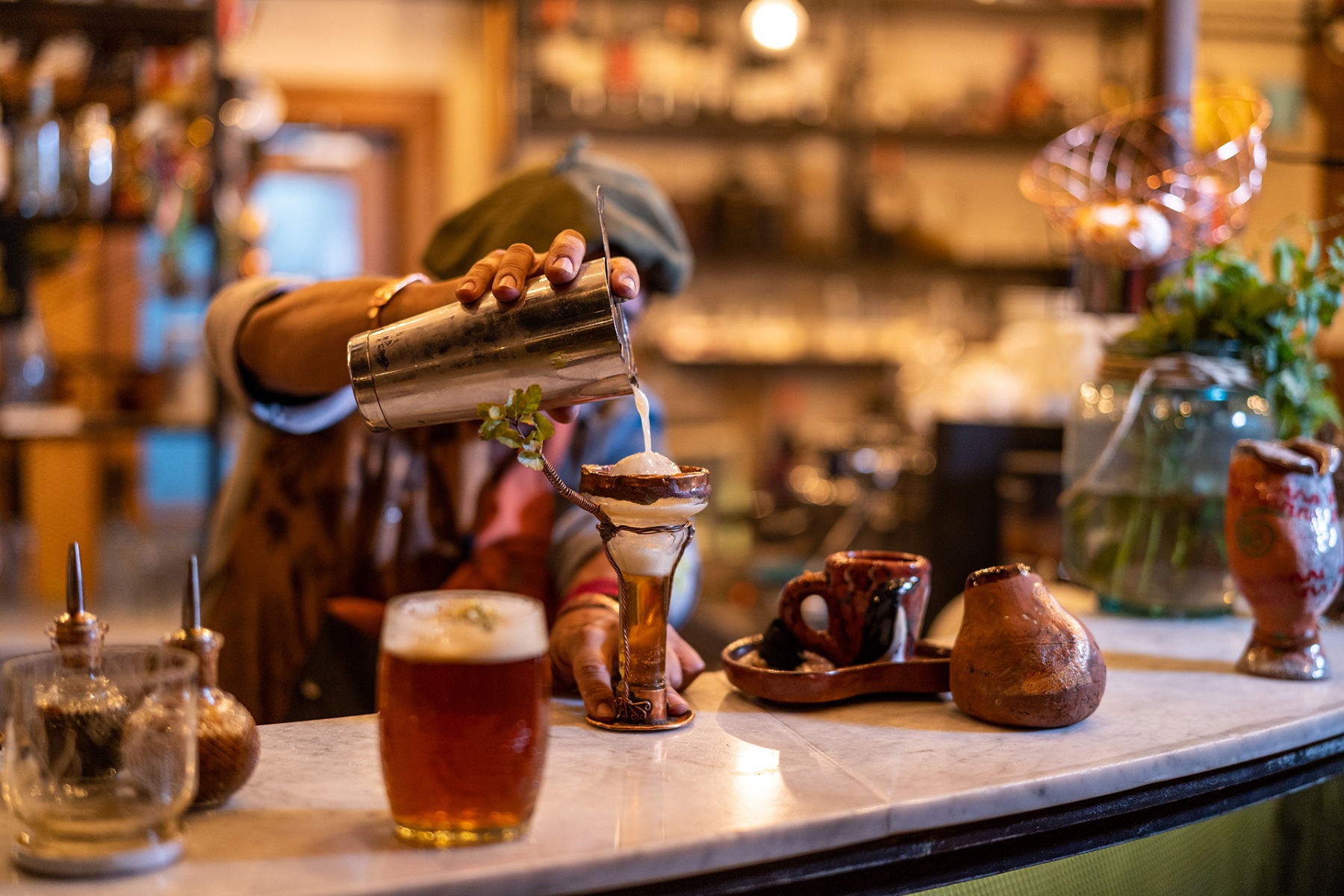