The UNESCO Global Geoparks Program recognizes the importance of managing geological sites around the world. The geopark located in the La Araucanía region stands out for its protected areas, volcanoes and great geodiversity. 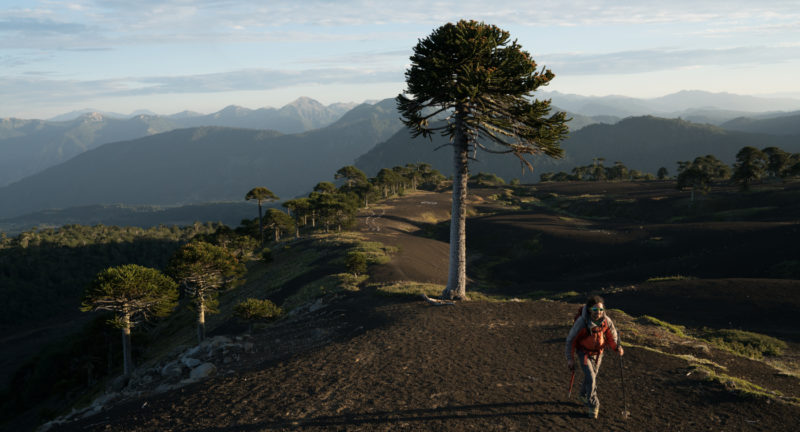 On Wednesday, the United Nations Educational, Scientific and Cultural Organization (UNESCO) announced eight new world geoparks, among which is the Kütralcura Geopark of the Araucanía region.

Kütralcura, which is also the first geopark in Chile, is located in the communes of Melipeuco, Vilcún, Curacautín and Lonquimay. It has contributed to the social, cultural and economic development of these territories.

The nomination to this select group, composed by 147 geoparks from 41 countries, is an initiative led jointly by these municipalities and supported by the Undersecretary of Tourism, SERNATUR, CORGO and other institutions.

In this regard, the undersecretary of Tourism, Monica Zalaquett, commented that “without a doubt, the incorporation of the Kütralcura Park to the global network of Geoparks of UNESCO is great news. This can be considered the territory’s seal of quality and represents a tremendous opportunity to enhance the multiple tourist attractions of the Araucanía Region, because now those who visit us will know that, along with our volcanoes, lakes and forests, we also offer a geopark of worldly standards. ”

Meanwhile, the national director of SERNATUR, Andrea Wolleter, highlighted this designation for “all the associativity it will generate in the public-private sphere, since a relevant tourism product can be formed, which grants identity to certain areas, not only for national tourism, but also for international tourism. It is not a novelty that Chile has competitive advantages over other countries worldwide. Its biodiversity, nature and culture have been recognized in recent years: today our country holds, for the fourth year in a row, the title of leading destination for adventure tourism, which shows the growing interest we generate as a tourist hub”.

Kütralcura, an example of geological diversity

The Unesco Global Geoparks are remarkable examples of the geological diversity of our planet, among which is Kütralcura, whose territory contains a total of six protected areas, five volcanoes and a great geodiversity, with diverse types of landscapes and a geological history that covers the last 250 million years.

The regional director of SERNATUR Araucanía, José Miguel Sánchez, commented that “with this milestone for our region, we are sure a positive impact will be generated for the area’s productive chain through geotourism: we are talking about a territory that records a geological history of more than 200 million years in which the ancestral presence of the Mapuche culture stands out, indigenous people whose worldview is intimately linked to a respect and care for nature “.

With Kütralcura, Chile adds its first site to the global geoparks network that UNESCO sponsors, a designation it holds for a period of four years, time in which its permanence in this select group of geological sites is reevaluated.

Created in November 2015, when 195 Member States of UNESCO supported this program, this network of geoparks recognizes the management of geological sites and outstanding landscapes that tell the 4.6 billion-year history of planet Earth and the geological events they shaped, as well as the evolution of humanity itself.

Not only do they show evidence of past climate changes, they also inform local communities of current challenges and help prepare for risks such as earthquakes, tsunamis and volcanic eruptions. Geopark designation aims to increase awareness of geodiversity and promote better protection, education and tourism practices that ensure its affordable and sustainable development over time.