Showcasing ‘Undiscovered Latin America’ at the RHS Chelsea Flower Show, the show garden is inspired by the temperate rainforests and National Parks of Chile and will feature endemic Chilean plants. 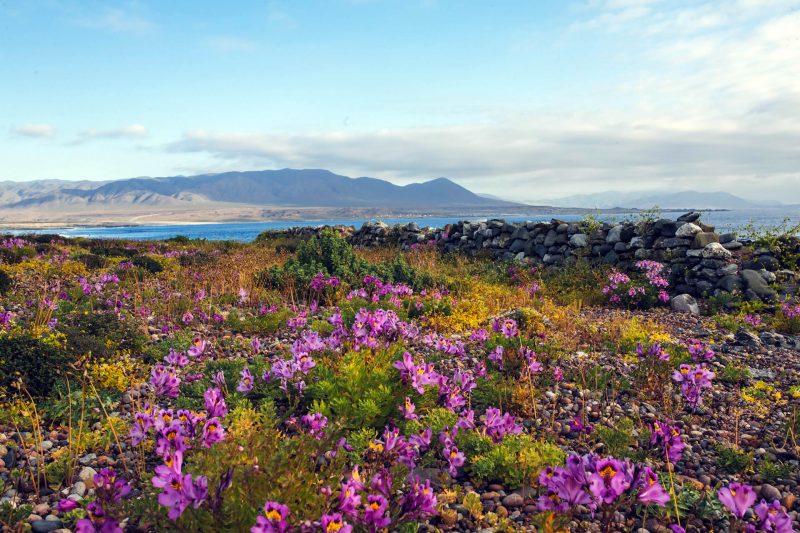 This week, garden designer Jonathan Snow in partnership with tour operator Trailfinders, will be showcasing ‘Undiscovered Latin America’ at the RHS Chelsea Flower Show. The show garden is inspired by the temperate rainforests and National Parks of Chile and will feature endemic Chilean plants.

Chile’s is the world’s longest country with vast biodiversity and scores of endemic species, stretching across five distinct geographic and climatic zones. As Chile comes to Chelsea this week discover the country’s plethora of flora for an eco-escape in the wilderness.

The flowering north
The Atacama Desert is the driest desert in the world and for over 300 years no rainfall has been
recorded. As a result of the El Niño climate cycle and Humboldt Current rains now fall in the desert a few times each decade, awakening over 200 flower species from dormancy as buried seeds germinate and flower. This unique phenomenon is known as ‘The Flowering Desert’ and most recently took place in 2015 and 2017.

The arid desert is transformed and carpeted with Chilean flowers of every colour and variety, including “White Huilles” (Leucocoryne). Extra colour arrives in the second blooming phase of the notable pink “Guanaco paw” (Cisanthe grandiflora) and red “Garras de León” (Bomarea ovallei). The Atacama is expected to flower this year due to the exceptional rains, with the phenomenon best viewed from Huasco, Vallenar, Copiapó, Caldera and La Serena in the north. 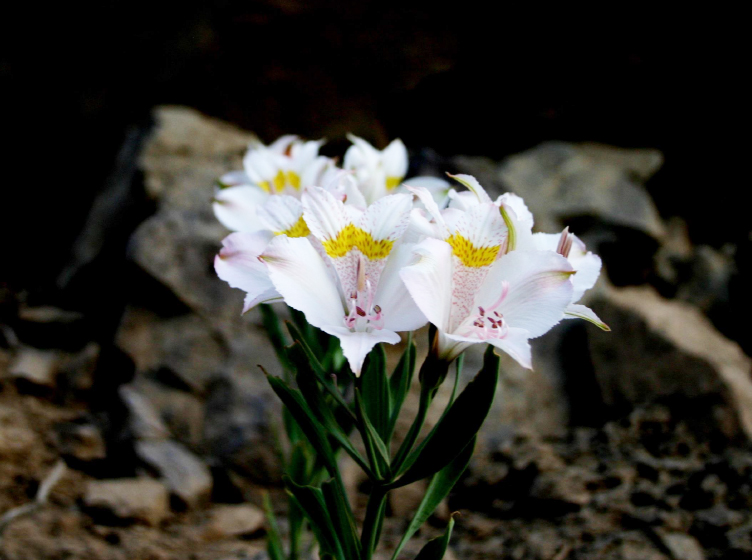 Agri- and Fruti-culture
Further south, lush green vegetation grows in abundance. The eco-systems in the south are more wide-ranging, consisting of forests and agricultural lands. Thanks to its Mediterranean climate and fertile soils, central Chile is renowned as an agricultural producer, from the vineyards of the Colchagua Valley to the “Maqui” (Aristotelia chilensis) super fruit tree in the central-south temperate forests.

Palm tree Paradise One of the most important floral treasures in Central Chile is the Chilean Palm tree (Jubaea chilensis). Breaking records as the southern-most and longest-living palm tree on the planet, it takes up to 60 years to bloom and can live for 1,000 years. This endemic species is found in a small area of central Chile. The La Campana National Park, 60km from Valparaíso, is a biosphere reserve with over 70,000 Chilean Palm Trees.

Temperate rainforests
Stretching across the Lakes and Volcanoes region and into Patagonia, the Valdivian temperate forest is one of only five such ecosystems in the world. Nearly 50% of the plant families in Chilean flora are found in temperate forests and one third of the forest species are endemic to Southern Chile.

Notable species include the thousand-year-old “Alerce” (Fitzroya cupressoides) or Lahuán, “grandparent” in the language of the local Machupe people. This is the tallest native tree in South America and the second-longest living species in the world, surviving more than 4,500 years.

Another long-lived species dominating the southern forests of Chile is the “Monkey Puzzle Tree” or Pehuén (Araucaria araucana). This endemic Chilean Pine tree was declared a Natural Monument in Chile and is found in several National Parks such as Conguillío, Tolhuaca, Laguna del Laja and Nahuelbuta. Chile’s national flower is the Copihue (Lapageria rosea) and grows in the temperate forests of the central-southern region. The bell-shaped flower has inspired many Mapuche legends and is named in honour of the tragic love story tale of two rival tribes, Copih and Hue.

Route of Parks and protection
Newly connected in 2018, the ‘Ruta de los Parques’ (‘Route of Parks’) stretches 1,500 miles linking 17 national parks and covers an area equivalent to the size of Switzerland.

The new route follows the gifting of Parque Pumalín, a million-acre collection of untraveled vistas and valleys, to the Chilean government by Kristine McDivitt Tompkins, former CEO of the clothing company Patagonia and her late husband Doug Tompkins, co-founder of the North Face and Esprit.

The Tompkins spent two decades buying land across the Patagonia region with the hope of preserving the natural environment. Their donation in March 2017 was the world’s largest ever donation of privately held land. Following the donation Chile’s president, Michelle Bachelet, signed an agreement to join Pumalín with 10 million acres of federal land and created five new national parks which are placed under strict environmental protection.

This project is the latest example of Chile’s commitment to eco-tourism and preservation of the flora, fauna and landscapes native to the wilds of Chile. For more information about Chile’s native flora and eco-tourism, visit: https://chile.travel/que-hacer/naturaleza/observacion-deflora-y-fauna